Side results of the massage

Psychotherapy is a form of psychology that treats mental health issues using psychological means, rather than medical.  Unlike in psychiatry, psychologists don’t issue prescriptions for medicine.

Often psychotherapy is related to the common image of a patient on a bed talking while a therapist takes notes.  However, there are many different psychotherapy techniques and options available based on the situation and varying factors.  These may include the client’s preferences, the therapist’s background and the nature of the problem.

Some forms of psychotherapy include: 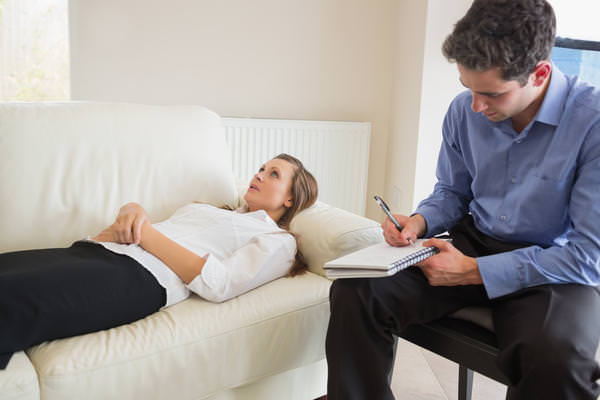 Psychoanalysis was made popular by Sigmund Freud towards the end of the 19th century when he began treating patients with talk therapy.  Common techniques he developed and used included dream interpretation, free association and transference analysis.  The techniques involve probing a patient’s unconscious thoughts and past experiences to elicit feelings and memories that could be affecting behaviour.

In the early 20th century behavioural therapy began to become a popular school of thought.  Various types of conditioning, social learning and similar methods started to play an important role in psychotherapy.  Behaviourism has since become less popular but many of its techniques are still used today to help patients alter undesired behaviour.

Humanistic therapy gathered popularity in the mid 20th century as an alternative form of psychotherapy which focused on showing an unconditional positive attitude towards the patient. Carl Rogers was known to practice a method of this he called client-centred therapy. Aspects of this method are still widely used today and focus on helping patients maximize their potential. Personality attributes such as free will, self-exploration and actualization are developed with this approach.

During the 1960’s, psychoanalysts began to focus more on how behaviour and functioning are influenced by human thought processes.  The idea of cognitive therapy revolves around the concept that our mental well-being is heavily influenced by our thoughts. It presents the notion that if one has a pessimistic or negative outlook on life, then they too will have a negative overall experience of life.  Cognitive therapy aims to identify the delusions that cause these thoughts and instill more positive and realistic thoughts in their place.

Cognitive-behavioural therapy, or CBT, attempts to assist patients in understanding thoughts or feelings that affect their behaviour.  Disorders such as phobias, addiction, anxiety and depression all benefit from cognitive-behavioural therapy.  The method involves modifying undesired behaviours and ending cycles of abuse by changing the negative thoughts caused by distress related to these behaviours.

Below are the various options and types of psychotherapy that a patient may consider, depending on their needs and the style of the therapist:

As the name suggests, this involves a one-on-one session with a psychotherapist.

Family therapy aims to resolve the common troubles that arise from living as a family. This can include an entire family or just specific members of a family unit.

Research has shown that for many individuals, treatment can be improved when practiced in a receptive and supportive group environment. Group therapy provides this environment, where members work together to achieve a common goal.